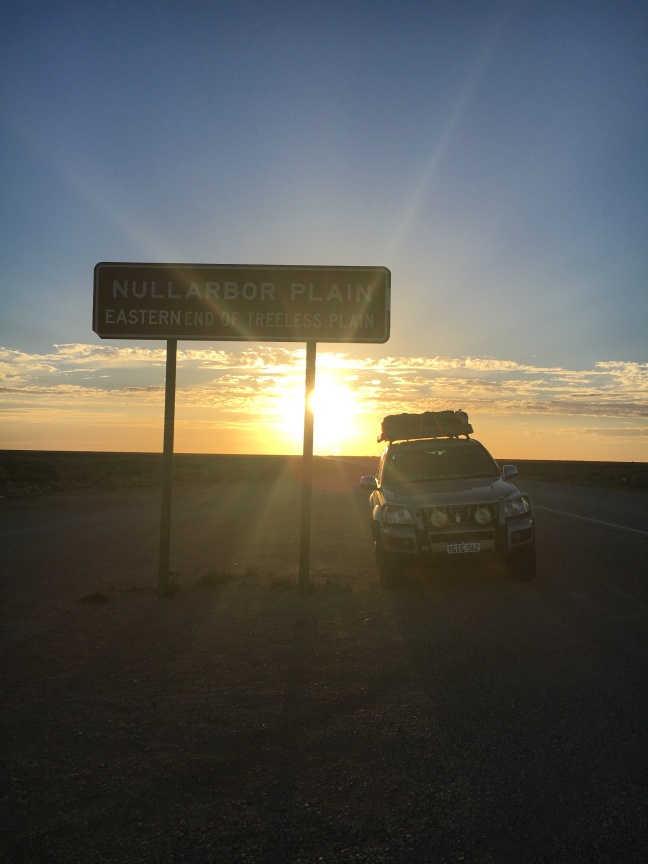 Now this story is a little on the quitter side in regards to what we got up to whilst driving across the Nullarbor Plain, but here it is.

Our drive began in Adelaide. We woke early, it was stinking hot there so getting out of the city quickly was high on our agenda. First destination for us, unfortunately was Port Augusta. And really we don’t have much to add to this aspect of the story, other than the fact that we had driven this road 3 times previously, so we drove it quickly, we passed through the town and continued into the red abyss.

Once in the red abyss really there is just a serious amount of red dirt, a couple of shrubs and the occasional passing car that we happened to wave very enthusiastically to.

On the drive Alex and I had some amazing conversations, like we always did, but these were about what we had planned next, our move to The Netherlands and all those different things to look forward to. We also talked about the things we would miss after the completion of our trip. Things like no time limit, endless amounts of space, no work responsibilities, endless amounts of sleep when we wanted them, days spent driving nowhere but seeing everything, amazing conversations, spending 24/7 together and not getting sick of each other and just because it was damn fun!

Talking about it was wonderful but it didn’t really resonate with us at the time that all of those things were highlights of our trip more so than locations on occasion. It was a whole different way of living, one we were so thankful to have experienced together. They were things we promised each other we would continue even after the trip finished, when we got jobs, a house and all those grown up things.

And whilst writing this in that stage of our lives, where we are no longer on the trip, its nice to reminisce back to those carefree days, but its nice to also appreciate the time we have together, it has motivated us to make so many holiday plans and really value those over just working and no play.

After many hours of future planning we had progressed along the Nullarbor by quite a distance, but it felt like we hadn’t changed location because everything looked the same. The only difference was the temperature, which had continued to climb on the drive, but when we reached Ceduna it was a whopping 46 degrees!

So Instead of setting up camp in town for the night, which had been our original plan, we got back in our car and continued the drive. We continued driving for another few hours until we officially reached the 80-mile straight.

At that point the sun was starting to set and we saw the most beautiful sun set. We were the only ones there, which just set the day perfectly, except for the heat, that was kinda hard!

After stopping for some pictures we drove a little further with the hope of finding a camping spot with views of the ocean. I’m sure there were some but as it got dark we gave up trying and found a completely private free camp spot where we set up for the night. Looking back at the day we realised we had driven almost the entirety of the Nullarbor, sometimes when its stinking hot outside and your having the best chat you go places.

The next day, we had planned on driving the Nullarbor, but instead we skipped a head a day or two and began our journey to Esperance. 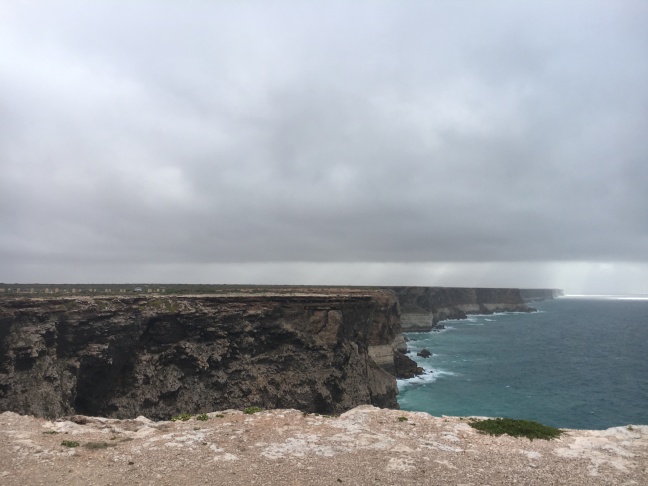 So what was essentially two whole days spent in a car, was a really wonderful journey. Those boring trips can sometimes be one of the best, a memory you look back on and continue to discus long afterwards.

4 thoughts on “How and why we drove the Nullarbor Plain in just over 1 day!”