Now before I get into the exciting story that your waiting for, because lets face it, the title got you, I have to set the scene.

We departed Alice Springs after a slow morning of breakfast and repacking our car. We then drove quite a few km’s and only arrived into Watarrka National Park, ie Kings Canyon in the late afternoon. Lucky enough the resort there, which is in fact the only place you can stay in the national park, was open 24/7. I was fortunate enough to secure ourselves a site. Actually we would have been fine because the caravan park/resort was practically empty. We were there in the middle of summer, so the off season.

We drove around to see exactly which spot we would like to stop in. Only to realise that every un-powered site was fenced off, meaning we couldn’t drive our car in or pop out our rooftop tent. So we checked out the un-powered caravan spots, only to see an abundance of ants crawling around on very brittle and probably uncomfortable dirt, and we sure as hell (I) didn’t want to re-live the experience we had in Port Augusta.

After a long day driving, stuck in the car together, this was hardly the nicest outcome. So back to the reception I went. With my skills in negotiation, I somehow got permission for us to set up on a powered site but not ‘use’ the power. And we stuck by that, mostly. Our fridge stayed plugged into the car, but they didn’t say anything about not charging our phones or using the coffee machine….

Finally we were set up. It was hot, we had been grumpy from a day in the car and then the long time it took to find a site. Trust me it sounds simple as I note it down, but we actually took quite some time and there were some serious grump stares at one another. But put a few beers in our hands and then let it start raining and everyones mood lifts.

Which brings me then to our exciting 4:30am start!

We were informed by the Kings Canyon resort staff that if we wanted to see the canyon and complete the rim walk, that we would need to begin it before 6:30/7am, because of something that was obvious afterwards, the heat. The receptionist even stressed the importance of drinking at least 1 liter of water an hour. She said your Australian so you should be ok and drink enough already, it’s really the foreigners you have to warn. She giggled with me then when I said that my fiancé and his friend were originally from overseas.

Well they were going to just have to drink even more water than I was giving them!

So at 4:30am our alarms went off, not that we were in very deep sleeps already. It was warm, pitch black outside and damn we were tired. But we got ready, packed up Alex and I’s rooftop tent, hopped in the car and by 5am we were off. At first, given that the caravan park was quite empty we didn’t think there would be many people there when the gates opened. Well we were wrong and definitely not the first there.

You see the National Park only opens the hike/walk gates at 5:30am every day and no earlier. Its early enough to see the sun rise and have a bit of light whilst you hike up and along a sheer cliff face, but also early enough to beat the real heat.

At the beginning of the hike was a very long and very steep set of natural rocky steps. We all started together but after a minute or so, the morning hour and lack of sleep caught up to my man. He cheered Wouter and I on and so we continued our somehow fast walk upwards whilst he took his time.

Along the way we got to see the different stages of the sun rising.

Once we reached the top of the stairs, by far the hardest park of the hike, it was mostly a flat rocky surface. Up there we stopped again a few times, just to see if Alex was right behind us.

He was right behind us in fact and after a few stops we found each other again and all enjoyed then the sunrise. And really how spectacular of a view is it? 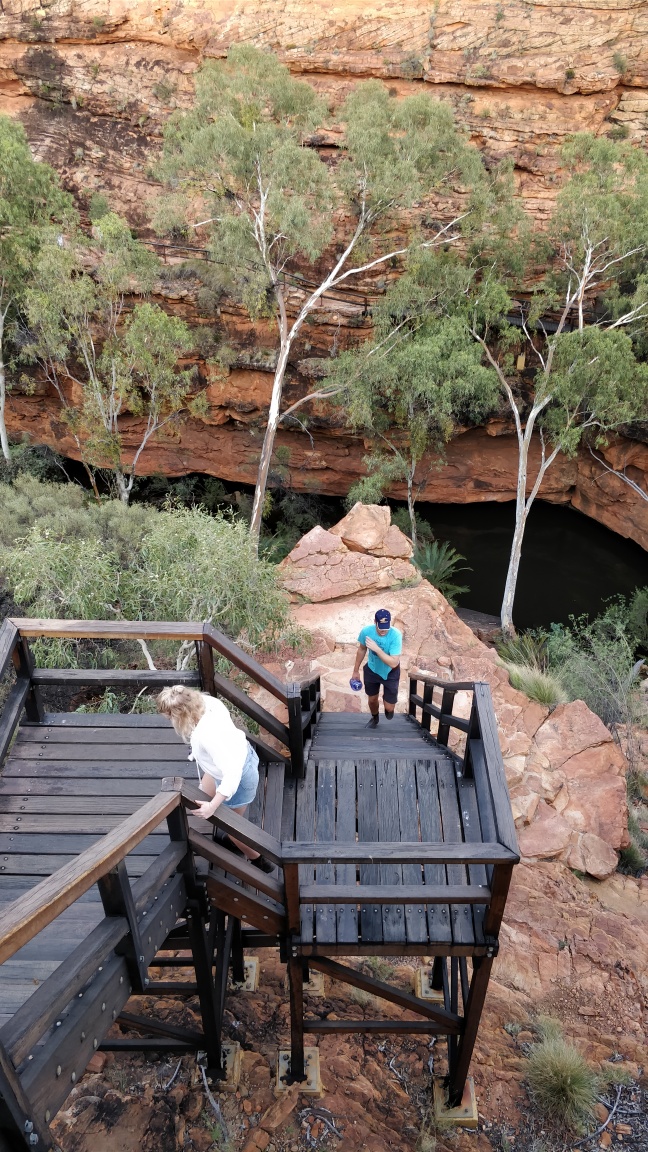 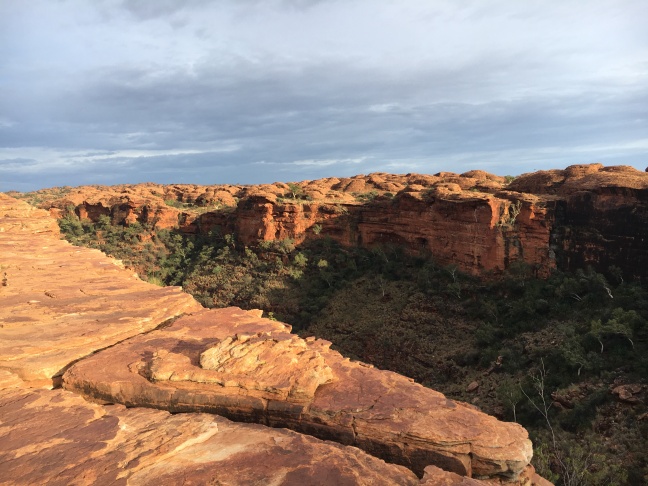 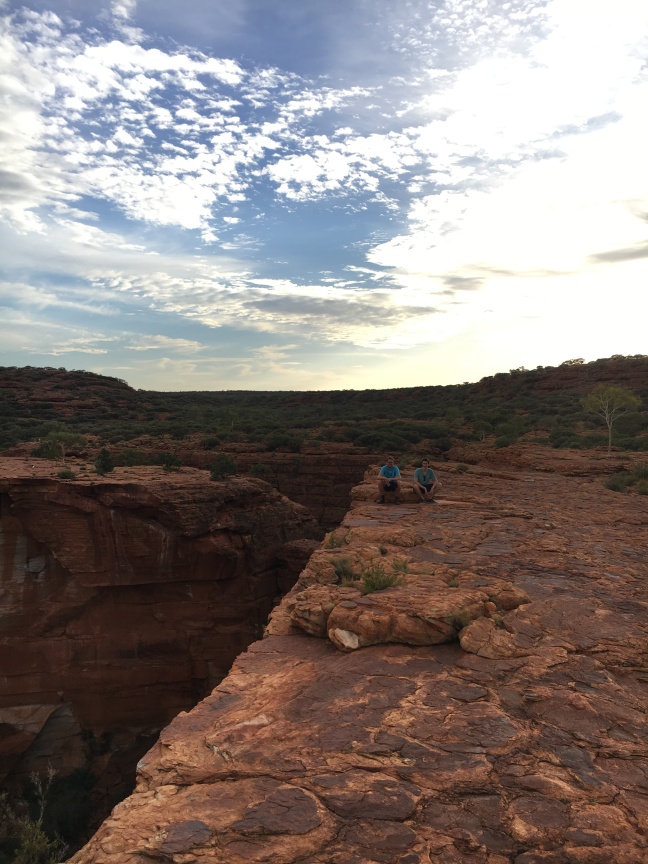 The walk itself took us a good 3ish hours I think, and we definitely stopped quite a bit and took our time, appreciating where we were and what we were witnessing. After all, or for at least the three of us, it’s not every day your up at 4:30am to hike up a gorge and watch the sun rise over the desert!

When we arrived back at the car park, so many cars were just pulling in. There are a few walks you can do but by that time who wants to be out walking in the heat?! Instead of hiking it all again, we sneakily went back to the caravan park and cleaned up. We weren’t staying another night, but oh well when you need a shower right?

The remainder of our day was in fact spent driving to another iconic destination, Uluru!