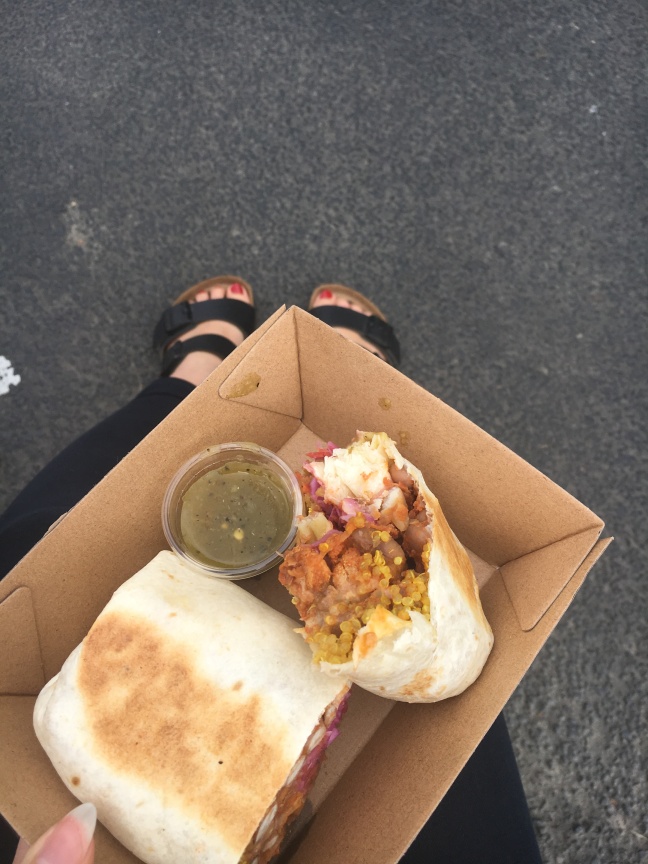 Hobart, the city of Tasmania and in fact a pretty awesome one at that!

In previous blog posts we mentioned a bit about our experience free camping around Tasmania. That was awesome, something we would do again for sure, as we think it’s the best way to see the very green and nature orientated state. However…when in Hobart don’t camp!

We booked an Airbnb last minute and oh how wonderful it was. Seriously a bed after a two weeks bush camping without showers every day was marvelous! And the Airbnb we booked was an old Victorian style home, with hard wood floors, a four poster bed, amazing views right over Hobart and the Habour, and even snacks thoughtfully left each day by our host. We couldn’t have picked a better spot to spend our time in the city. 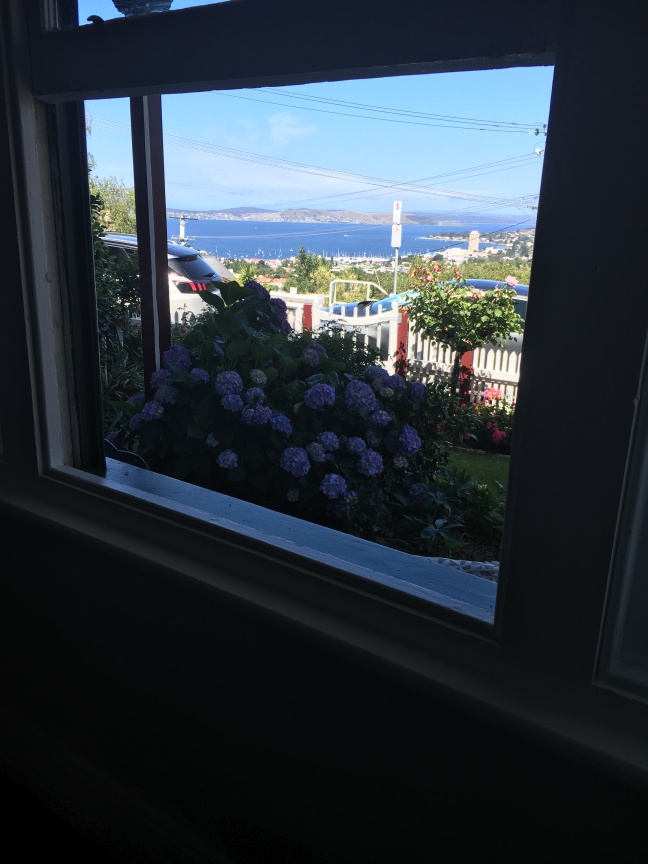 After we arrived in our Airbnb we decided to walk into the city and explore. The walk in was fantastic, after all where we were staying was right up on a very very very steep hill. Once in town we wandered, getting aimlessly lost just to see what we would find.

It’s a small center but its right on the water with the famous Salamanca square not too far away, as well as beautiful parks dotted around the place. We ended up checking out a few tasty places we had seen online and on SBS’s cooking channel. One spot we really enjoyed was Small Fry, a tiny place as the name suggests, just out of the center. The chef cooks right in front of you, all from local produce with an ever changing menu. No vegan options for me, but that didn’t stop us from a coffee and possibly a treat that looked way good to pass up… 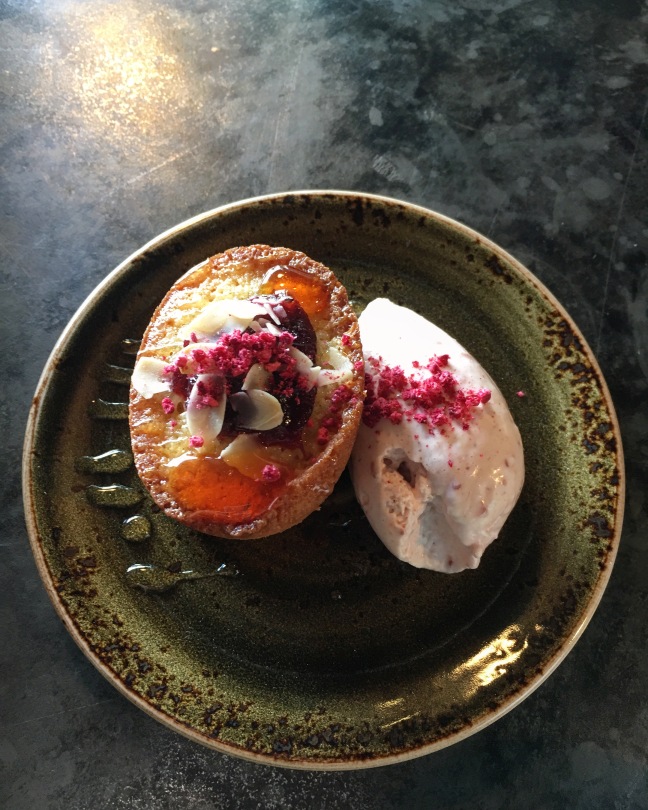 After that, well it was the trek back up the hill. Anyone who has travelled with us or knows Alex well, will know he hates walking up hills, stairs, anything with an incline really. So given it was Tasmania and the day had started quite cold, we were dressed in jeans and longs sleeves. However again being Tasmania it changed, of course on our walk upwards. So my poor man who hates walking up hills had to endure it with the heat. We definitely took our time..

By the time we got back to the house we decided we would not walk back into the city for dinner, but be sneaky and order it.

Definitely a treat for us back home, and even more so now given we have been travelling for 7 months. We ordered pizzas, where they had a whole vegan range for me, and had them delivered…

It was glorious, we ate pizza in bed and watched TV. I know this might not seem crazy awesome for some, but man we enjoyed it!!!

The next day was Saturday. We were up slightly too early because I was excited and may have not read the information correctly. But we walked down the hill and ended up at the beginning of the Salamanca Markets.

I love markets and was quite excited to see this one, hearing there was great local produce and food there. And yes there was some delicious food, my breakfast being one of them which you can see below, but in all honesty we were a little disappointed.

I think given the hype and the fact that it was a very touristic attraction, maybe we missed out on what the markets used to be like.

For us we are not so interested in trinkets made overseas and crafts. I am much more energetic about a market revolving around food. So we walked around, saw everything and then headed into the city to explore a bit more.

Whilst in the city we also picked ourselves up a new tent. Not for ourselves but for our guest arriving in a few weeks time, that’s you Wouter. Our back up tent which had originally been brought for Alex’s brother years before, then used by his sister, us when his parents joined us and then us again for one night, had in fact died a very tragic death of pole snap and hole in the bottom. It’s a very entertaining story if you want to give it a read.

And then the long hike was staring at us again, only this time we also had a tent with us, what had we been thinking?!

In the end we got up but damn people who live on that hill must be fit!

That evening instead of walking into town for dinner, no we did not order in again, we drove…All the way back to Salamanca where we had Thai food for the first time in a long time.

When our last day in Hobart arrived, we had thoroughly enjoyed the perks of a house but were keen to get back on the road to finish our last week in the state. Before we left we headed back into town, by car this time. There was another market, more focused around food called Farm Gate. It sounded good so we checked it out. And it was good, lots of local products and stalls selling delicious food. It all looked amazing but we couldn’t take it with us given we were travelling back to mainland Australia in less than a week and then over some other borders not long after. However it was an awesome market!

And then on the road we were again…

One thought on “Hobart and the Salamanca Markets”