This blog begins at 3am. We set our alarms for this time, and yes we are mad! But mad for good reason, after all we were up so dam early to catch a flight back to Australia!

So it’s 3am. We snuck out of our Airbnb as quietly as could be, given its hardwood floors and creaky doors. We had requested an Uber the night before, which we’d only learnt you could do, and waited for it to arrive. And to our happiness given the time, he arrived on time. It’s Christchurch and yes they have Uber, but it’s a small city with a small group of people who drive, so we were skeptical until the marvelous ping occurred on my phone.

A short drive to the airport and a very long line to check in brought us to the desk where Hamish from Qantas met us. For that hour of the morning he was so happy and bubbly it automatically brightened our tired minds, and his name was Hamish so we automatically liked him. You see my brother’s name is also Hamish. He took a look at us and then decided to check if he could secure us seats with extra legroom. After all my Alex is a giant and planes are not the best. We were so thankful for this ‘upgrade’ that yes we were tired, but now we would be comfortably tired!

Before we boarded we did the usual Whats App calls with the parents and then off we flew. The flight out of Christchurch was break taking! The sun was only just rising above the clouds and we could see clear views of the mountains and the last remnants of snow. 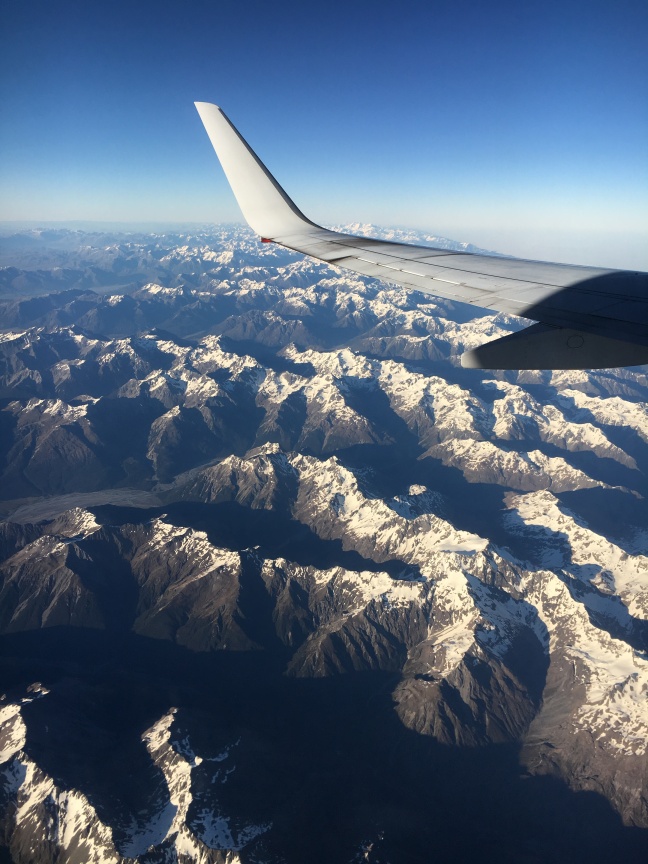 First destination was Brisbane. And again the flight in over Brisbane was spectacular! 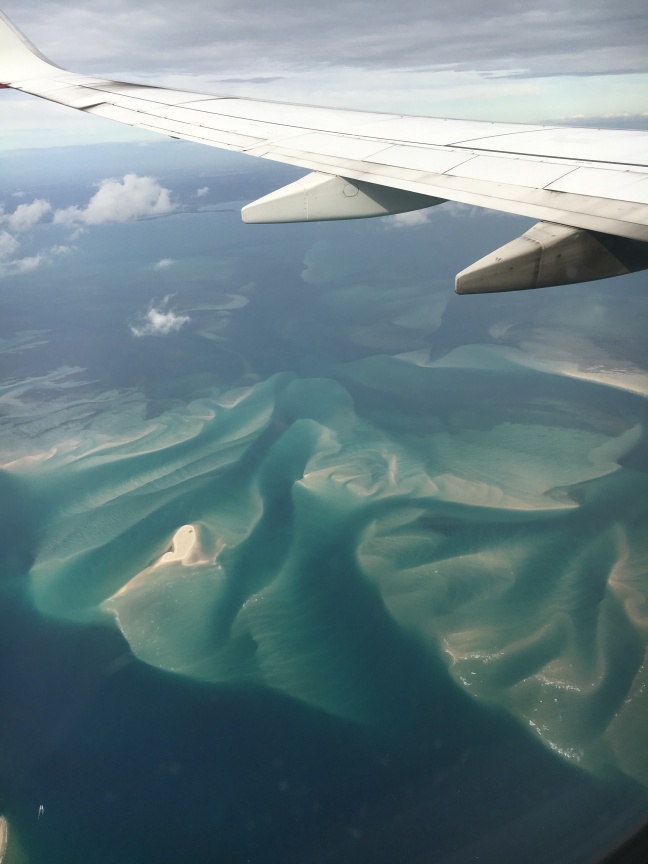 Once we had landed in Brisbane we knew we had a few hours to spare until our next flight, but that was extended slightly due to other delayed flights. So 5 hours turned into a bit more. And really there is only so much you can occupy your time with in an airport. But we ate lunch even though it was 7am for us Christchurch time, I brought a present for my mum to go along with our sneaky gift and we walked to gain steps. Overall it was a slow few hours that we endured well given our lack of sleep.

After what seemed like a massive delay, we ended up only being an hour late. We were flying from Brisbane to Perth! No we weren’t flying back to our car in Melbourne, but to Perth for my mum’s 50th birthday celebrations. We had tried to keep it a surprise but when we booked our tickets, knowing how devastated she would be initially, we just couldn’t keep it from her. So she was excited, we were excited and so was the rest of my family. That was very clear with the many messages we received once we touched down and turned our phones on. Even more so when we walked out and saw my mum with a very big sign with photos of Alex and I and our names. Best sign ever! I don’t have a picture but it was so nice to have!

It had been 5 months since we had been in Perth and seen my family!

So with mum we collected our bags and then went out to the car. Only to wander around for a good 10 minutes in the warm sun (given it had snowed for us in New Zealand…). In her excitement she had forgotten where she parked. It was a pretty hilarious start to our trip home. But eventually we found the car and headed towards the city.

To our knowledge we were dropping Alex off in the city to go visit his old colleagues, to have a small catch up while I spent a little bit of time with my mum. Well that was what we did, we drove into the city, dropped him outside of his old office building, wearing jeans and a jumper, which I offered to take for him but he refused, and off he went, us none the wiser. To fill in any confusion up until a few days later this was what we all thought Alex was doing. But no, instead he got in Chris’s car, a friend, and they drove to Morley Galleria. There there got to the shop just in time to collect a very important package. Alex was picking up the engagement ring he was going to give me the sneaky bugger. But so sneaky that I approve of course! The story of how he asked is all jotted down in a previosu post, if you haven’t read it yet or want to read it again like we do ALWAYS then check it out here.

But back to what we thought he was doing. Mum and I dropped Alex off and headed to Leederville, where Alex and I had lived for 3.5 years. There we went to one of my favourite coffee spots, Greens and Co, sometimes also known as Greens and Cock depending on the graffiti artist that week. My sister and dad met us there which was amazing and then when coffee wasn’t enough we headed over the road to Bills Bar. There Janos, my sisters man met us, and then after some time Alex met us also. Carrying his jumper in hand quite tightly apparently, something I didn’t notice.

We all enjoyed a drink and then ended our little reunion with the best dumplings ever; Authentic Bites Dumpling House! Alex and I would eat here once a week minimum so we could not wait to feast after so long away! We have dreams of these dumplings they are so good!

We stayed at my parents that evening and then the next day we were up early and in the car on our way down to my sisters in Freemantle. It was my mums 50th and so we would be having breakfast in their garden. We ran a little late, sorry Liz, but once we arrived my nan was also there with champagne in hand ready to toast the birthday lady.

Afterwards it was then my parents, Alex and I’s turn to get back in the car and continue driving south, all the way to Margaret River.

We enjoyed the drive, the mandatory stop at the Bunbury Farmers Market where mum finally got to go in with people and then lunch in Dunsborough. That is where we met up with my brother and his girlfriend who were down there celebrating leavers. Again another awesome reunion after so many months, with lots of hugs and catch ups.

Then after lunch we checked into the Pullman Resort which was one of dads gifts to mum for her birthday weekend, one we were thankful to join in on too.

The rest of the afternoon was spent down at the beach and then dining on delicious food and a special white chocolate pavlova cake. Mum’s birthday weekend was definitely off to an awesome start!

Which now brings us to Friday. The four of us woke up, took our time and then of course went out to find wineries. We thought it would be fun to visit some new ones wed never been to before. And it was an amazing choice because we found some seriously delicious and now possibly favourite places! We brought a few bottles here and there, tasted a few along the way too.

Then that evening my sister, Janos, my brother and his girlfriend all joined us in the villa and we had a family BBQ dinner. With a little wine in our system we did not have a late night, but it was again another wonderful day in mums weekend.

And then we come to Saturday. The big day. The day where unknown to anyone else other than Alex, and then my dad in the afternoon, he would drop to one knee. Eeeekkk it still makes me grin from ear to ear and want to jump around with excitement! We all went on an amazing tour around Margaret River, all apart of Alex’s plan, where wine, wine and more wine was consumed from our favourite places.

This post is quite delayed like most of ours because we are just a little behind having fun and all…but this will be posted a month and a halfish after this amazing day and we are still in a crazy happy engagement bubble! We throw fiancé and fiancée in anywhere we can and its exciting to discuss future plans and all that promises. We are loving this new stage and plan on enjoying the engagement bubble for a while still!

So even though its delayed mum, Happy Happy Birthday! Who knew Alex would make it even more spectacular and just make turning 50 all that more exciting hey?!

Bring on the next 50 mum, you are fabulous and we hope you had a wonderful family weekend!!!