And so, in our last blog you would have read that whilst in Franz Josef we had some unfortunate weather, which in turn ruined our plans there.

Not to worry, we have left that town and drove along the coast North where the weather improved and in fact got warm! Can you believe it?! Only a week prior we had snow!

Now I probably shouldn’t say it got warm because really it actually didn’t last long at all. Driving through the mountains and along the coast it did, which was wonderful. However once we arrived to the town of Hokitika the weather had changed, it was cloudy and raining.

We dropped into a super cute café where we loved the food so much we ordered seconds and desert to go, and then made our way to Hokitika Gorge itself.

It was about a half hour drive inland from the town, driving through farm land full of cows and of course sheep.

When we arrived, even though the weather was cold and it was raining, it was packed. We had to park on the road leading in and trek a bit more just to be able to stop. But that was not a problem, because after the forest walk to the gorge, the water and view just made up for everything! 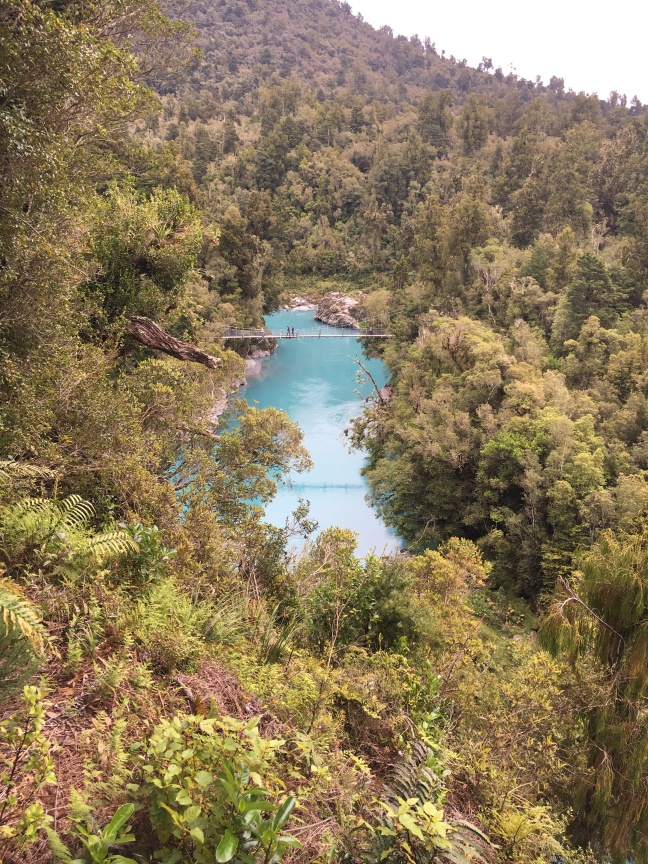 We made our way all the way down to the waters edge, where a large group of kids were in fact jumping off the rock into the crystal blue water. If it wasn’t freezing outside and probably even colder in the water I think I would have joined them to jump, but instead we watched them.

We tried to get some pictures on the rock, however as you can see we had a few others join the picture.

But Alex and Bob did manage to get some other cool photos of us on the other side and on the bridge.

On the way back up to the car park, those kids who had been jumping from the rock also began walking back. One of them decided that it would be a fun idea to also jump from the swing bridge. And to be honest it was an awesome jump, very courageous, however the current was a bit strong for him to swim back to the rock and  he got a little stranded. Not to worry, one of the other kids, we guess was looking after the group, jumped in to save him and help climb up the cliff face. Epic jumping skills by both, but no thank you, we have experienced enough thrills in New Zealand thus far!

So we reluctantly left the beautiful Hokitika Gorge and kept driving north to Greymouth.

Once there we checked into a local caravan park for the night, dumped Bob and Leonne’s car, piled in our little Spaceship and then went on a field trip a little further north.

We eventually arrived at Punakaki also known as Pancake Rocks. This was after a stunning drive along the coast right on the edge of a cliff road. 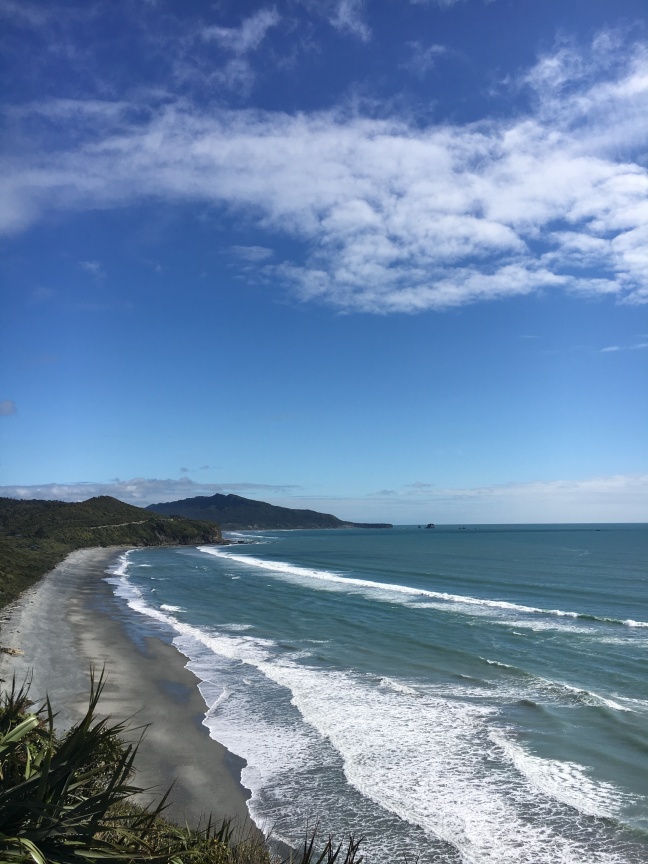 And Pancake Rocks was a pretty cool site to see. The weather had again changed and so we had a bit of sun and warmth, which we enjoyed. We all walked around, taking in the view and the rocks, matching the name and looking like massive stacks of thin pancakes. 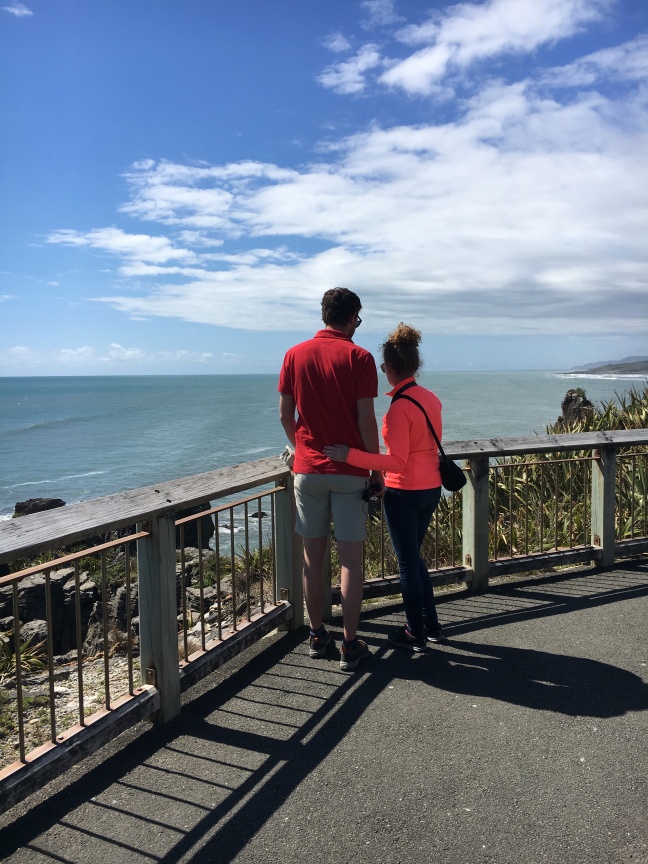 But after a small bit of time, we felt we had seen the rocks and decided to head back to Greymouth. In all honesty it was not as spectacular a site as we had expected, but still we were happy to have seen it.

Back in Greymouth the day cruised along. We watched the sun set on the beach, which was really all rocks and not a beach for us from Western Australia (sorry), but beautiful non the less!

Afterwards we cooked dinner in an oven, yasssss! And then planned a sneaky surprise for the next day for Bob…Stay tuned!