Our last blog relayed the adventures we had whilst cruising around Milford Sound. This blog will continue on from that story and tell you what happened next.

So we had an AMAZING time on the Southern Discoveries boat tour. We got off the boat a few hours later a little drenched but very happy, even with all that rain. It was around lunch time and we wanted to eat. Instead of attempting to find somewhere to eat in Milford Sound, because if you haven’t been there before then you wont know that there is a café and absolutely nothing else, we in fact headed back to the caravan park we’d stayed the night before.

Technically you are supposed to leave the premises at 10am in most caravan parks the day after you have stayed, which we had done. We just sneaked back in to use their kitchen…

Some soup and packet noodles filled us up for a long drive and then we set off to slowly climb the windy roads that led out of Milford Sound. And on the way up, with snow in places and so many waterfalls, it was a spectacular way to finish off an awesome visit to the area. 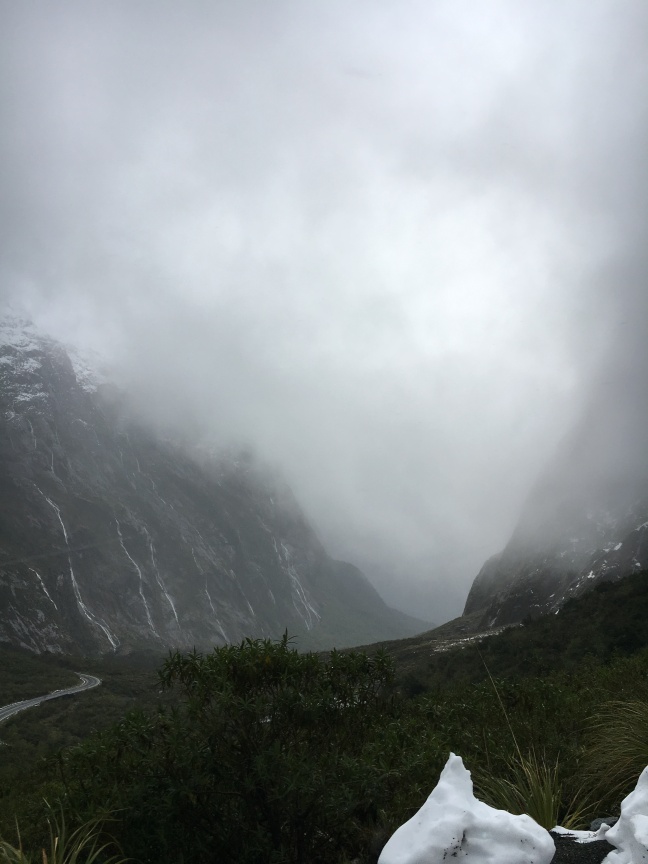 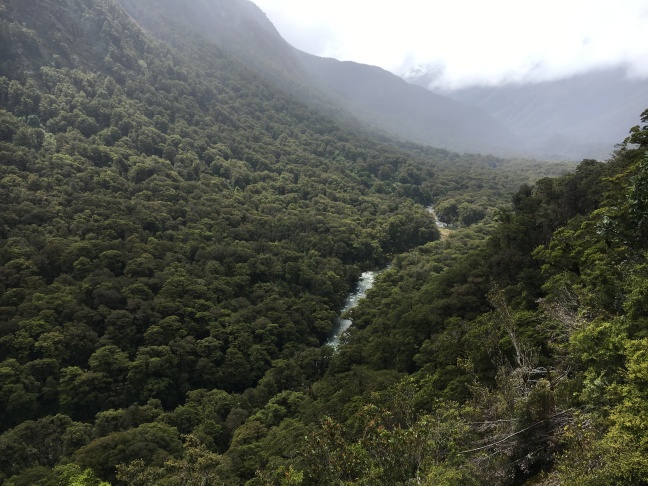 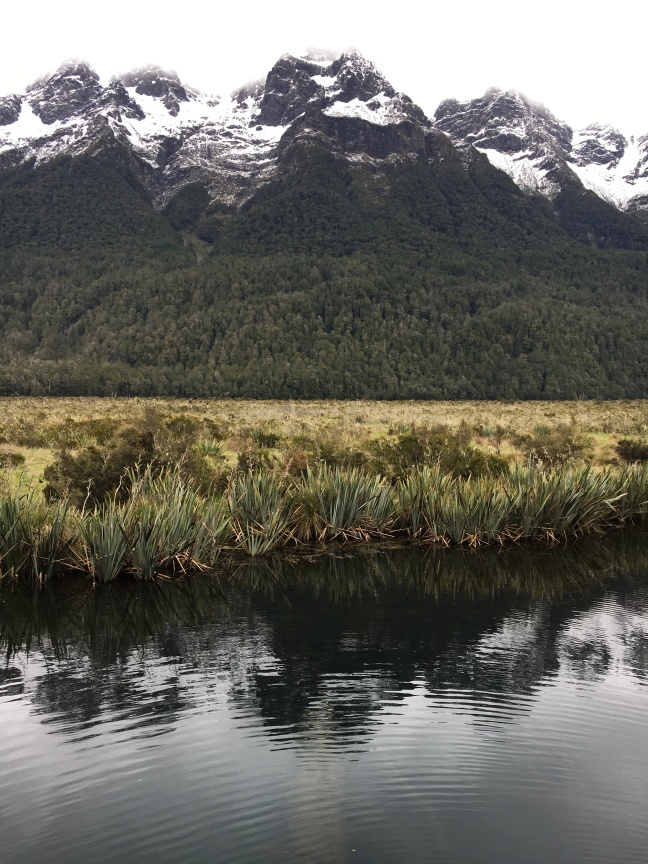 We decided to head back to the town of Mossburn. We had in fact stayed there two nights prior and it had snowed! And not just a little but serious snow! And even though it was two days later and a majority of the snow surrounding Milford Sound had melted, we or shall I say I was hopeful that maybe there would still be some snow.

Well I was wrong! We arrived and it was the grassy fields we remembered when we had checked in two nights prior, before a white blanket covered it all.

But that was perfectly fine, after all we had experienced some freak snow.

We spent the evening relaxing in the campers kitchen chatting with a Swiss couple about travelling New Zealand.

That night when we went to bed it was seriously cold. Ok not snow cold, but close enough. And believe it or not, when I woke in the middle of the night I could see a very thin film of ice over everything outside. It wasn’t snow, and no one else may have seen it, but everyone felt the cold and for me that was proof enough.

The next day it as official, there was still no more snow. But we fed the caravan park sheep and lama’s which made up for it.

Our next destination was Queenstown! Get ready for some fun filled and exhilarating content to come!!!