We had had enough of the coast….said neither of us ever! But no on this occasion we decided to head inland to get away from the crowds caused by school holidays and screaming children. We also wanted to get away from spending excessively because caravan parks along the coast that time of year are ridiculous!

So where did we head you wonder? Well we had found a few free camp spots a few hours inland that we wanted to check out, but when we arrived they were pretty disgusting so we kept driving. In the end we made our way to the town of Tenterfield. It also had a free campsite just 8km south of the town, which was where we headed. When we arrived we were so happy that we had missed all the other campsites because this spot not only had an awesome tin shelter, but a fireplace, lots of wood already stacked there for a fire and it was unlimited stay from what we could see due to the lack of signs.

We intended on staying only one night in this camp and then making our way south, staying one night in each place along the way. That plan went out the window after we arrived in Tenterfield!

We ended up staying 4 nights at this free camp and it was amazing! But I am getting ahead of myself sorry.

The night we arrived it was quite fresh in comparison to the coast, in fact it was forecast to rain that night and for the rest of the week. So a fire place was perfect and we welcomed the shelter and warmth it all provided. It did rain but we did not care, we just spent the evening by the fire playing music and board games. 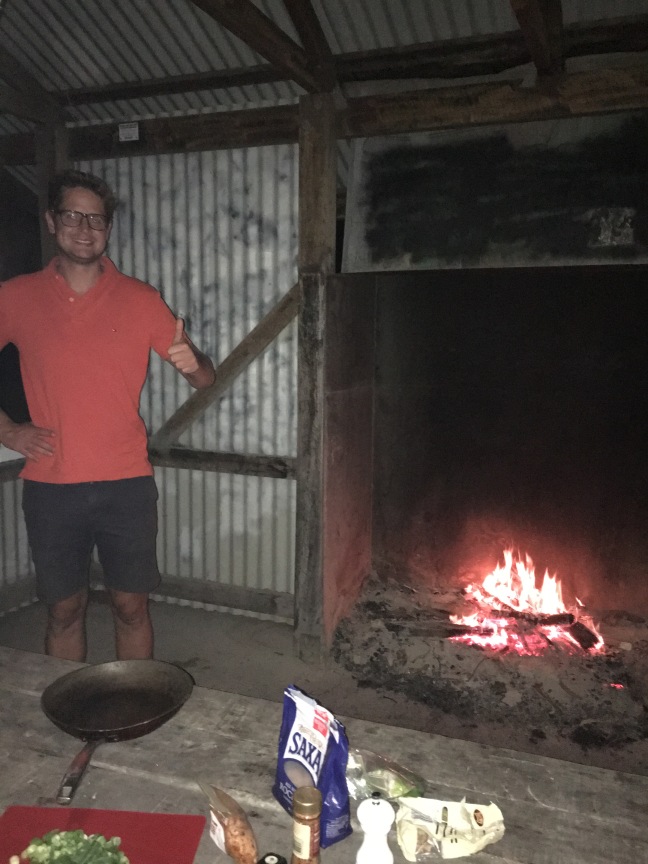 The next day we decided to explore Tenterfield a little bit. 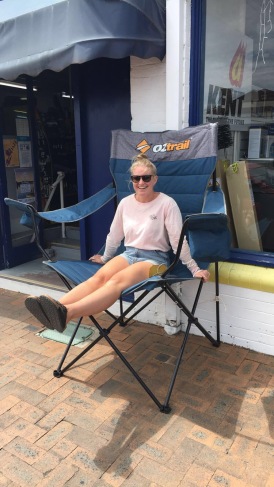 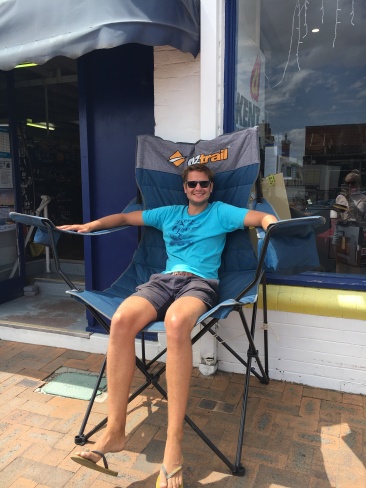 We walked around the small main street looking at all the shops, had a coffee and then went for a scenic drive. Before we went for the drive, walking back to our car we noticed a serious number of people very dressed up. We then noticed 6 massive busses parked near us, which was where the beautifully dressed people were flocking to. All the women were wearing heels and then men in there suits were all holding a stubbie of beer #trulyaustralian. We asked one of the men who walked past where everyone was going, he told us it was a wedding with over 250 people attending, held somewhere out on a farm. It looked like a damn good party was going to happen, and when he asked if we were coming we wished we were. Our thongs and dirty shorts though would have given us away as wedding crashers for sure, even amongst 250+ people. So the scenic drive!!!!

The scenic drive took us through a number of farmers paddocks with signs stating we needed to contact the farmers if entering their property. Well we never saw anywhere to go in and tell the farmers for starters, it was a scenic drive so we may have not taken the signs seriously, and we drove through so many properties that it would have taken us well over the hour it already took us to drive not very far. So we enjoyed the dirt road and the scenery. Now the scenery was in fact lots of rocks and lots of sheep, really quite beautiful.

At the end of the drive we turned off and went up to Mt McKenzie lookout, where we could see views of the entire town and ranges behind it. It was actually a really lovely view, we took some pictures, posed for a few and then got back on the road.

Back in town we decided to locate somewhere we could use Wi-Fi. I found online that the library had some, however it had closed just an hour before. Never mind that does not deter us! We parked right in front of the library, logged into their system and streamed for free.

I uploaded a blog so I was happy. We were parked in front of the library for an hour/hour and a half, so quite a long time. That time a number of locals walked past and we noticed some checked out our number plate, doing a double take when they saw WA. One man in particular was walking back from the shops and stopped to say hello as our windows were wound down. He talked to us for about 5 minutes, chatting about WA and then his farm that he owned. We really enjoyed our chat with this man because he told us this story. He said that it was always his dream to have a farm, in the spectrum of others he had a small farm (we didn’t think it was small) but he was really happy. He brought himself a tractor (don’t ask us which one), one that other farmers laughed at him for buying given the size of his farm. But he didn’t care, he said even when discussing it with his son, his son had told him that if he wanted something, as long as it was semi (emphasis on semi) sane, then he did not have to justify to anyone as long as it made him happy. He said that he thought it was great we had done something similar in regards to our trip, just quiting our jobs and not caring about what happens next, just going with it and enjoying it #livinglife. This man was 71 and did not look a day over 60, his story and little chat made our day and reiterated just how important it is to make sure you do what makes you happy.

So after our lovely little life changing insightful chat Alex realised that the AFL final was on and maybe he would like to watch it. We saw just across the road there was a pub, so over we went. It was pretty empty but they put the TV on for us onto the football. Alex watched the final and I took advantage of their free Wi-Fi, downloading playlists on Spotify.

Once the game finished we ventured out into the now cold afternoon and made our way back to camp. It was raining and cold but we didn’t care because it was another night by the fire with our music, games and a BBQ.

Day three in Tenterfield involved sleeping in most of the morning as it was pouring with rain. We went into town to chance sneaking a shower at one of the caravan parks in town, however when we walked in with our towels and soap under our jackets we found the doors locked. Baby wipes it would be for another night. We had also run out of water in our bottles and our big jug, so without much luck regarding a shower, we drove around town searching for a tap anywhere. Alex remembered seeing a tap out the back of the café we had been for the coffee the day before, as their toilet was a separate block outside. We parked out back and I ran over with out big jug to a tap on a property just next to the cafe. I filled it about half way, ignoring the signs saying the property was under surveillance and trespassers would be prosecuted.

One of the café staff members saw me and said he wouldn’t get caught doing that, but by all means keep going as it wasn’t his water and he didn’t care. So I filled it as much as I could and then my nerves got the better of me and I ran back to the car. We had enough water to get us by 1-2 days so it was all good.

The NRL final would be playing that evening and we decided that since it was a NSW and QLD team in the final, and we were in NSW just south of the QLD border, it would be fun to go and watch. To pass the time whilst we waited for the game in the evening, we went back to our campsite and lit a fire.

We decided to go to the pub we had watched the AFL final at the day before; Commercial Hotel.

When we arrived the place was packed, by of course, the guests who had attended the massive wedding the day before. They were all dressed in crazy costumes, some relevant to the team they supported, the cowboys, and others we just could not quite understand. But everyone was in a great happy mood and some very chatty to us. In fact we stood at the back of the room and the brother of the groom introduced himself and started talking to us. He taught us many things in his tipsy state, for example, that everyone in the rest of Australia referred to those from WA as sand gropers. With a vague understanding that this referred to some sport banter between teams, we just shrugged and said ok. Later we Googled it to find that it was a tick type animal. No idea why West Australians are referred to as these so if anyone would like to enlighten us with the story we would welcome it?

Back to the game. The bride and groom actually came by and said hello, which was cool in a way and also a bit weird. Many others thought we were friends and had attended the wedding, because expect for us the whole bar was full with wedding guests from out of town. And they all supported the Cowboys, which for anyone who watched the game will know did not end well for them. The mood in the bar never died, they just got drunker. Alex and I enjoyed the whole night, it also made us miss our friends and family to see so many people there who knew each other. The rugby was ok.

Back to our amazing campsite we went, to sleep in our roofie, whilst it poured around us all night.

The next day we actually left Tenterfield, heading to Glen Innes. However when we arrived in town the local Wi-Fi and McDonalds Wi-Fi did not work and we didn’t really like the feel of the town. So we drove the 80km back north to Tenterfield. Before heading to our campsite we went to see if the pub was open again, we would sit on the couch and use their Wi-Fi one last time. Unfortunately for us it was closed, but we just parked across the road and used it from there. After an hour of stealing Wi-Fi from across the street we saw that at some point in time the pub had in fact opened. Hilarious afterwards, but in that moment we had just had enough of sitting in the car and decided to leave. Oh well we still got to use their Wi-Fi!

Our last night in Tenterfield was the same as all the others, amazing. We lit a fire, played games, drank free wine we got in Brisbane from the hotel, and enjoyed the rain as it fell around us. 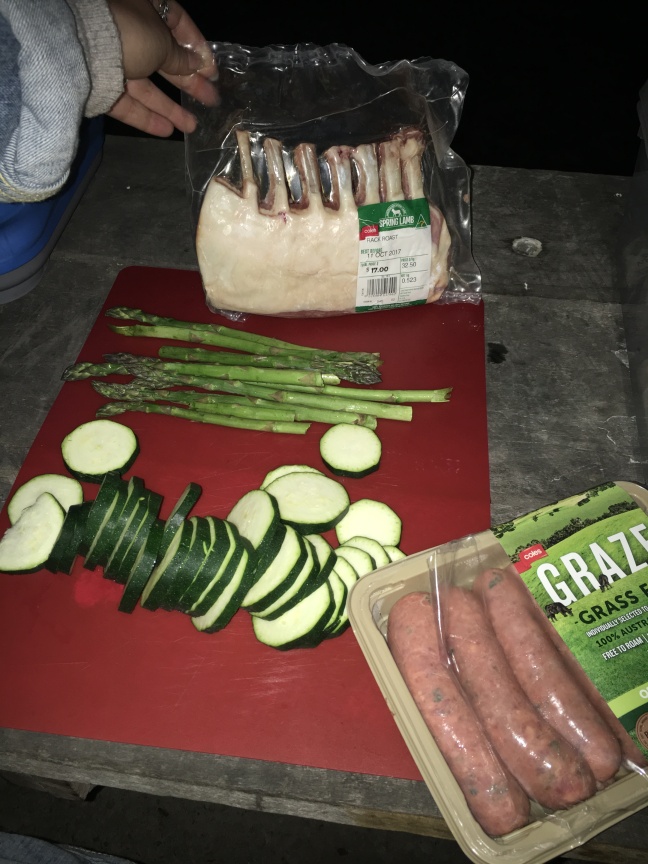 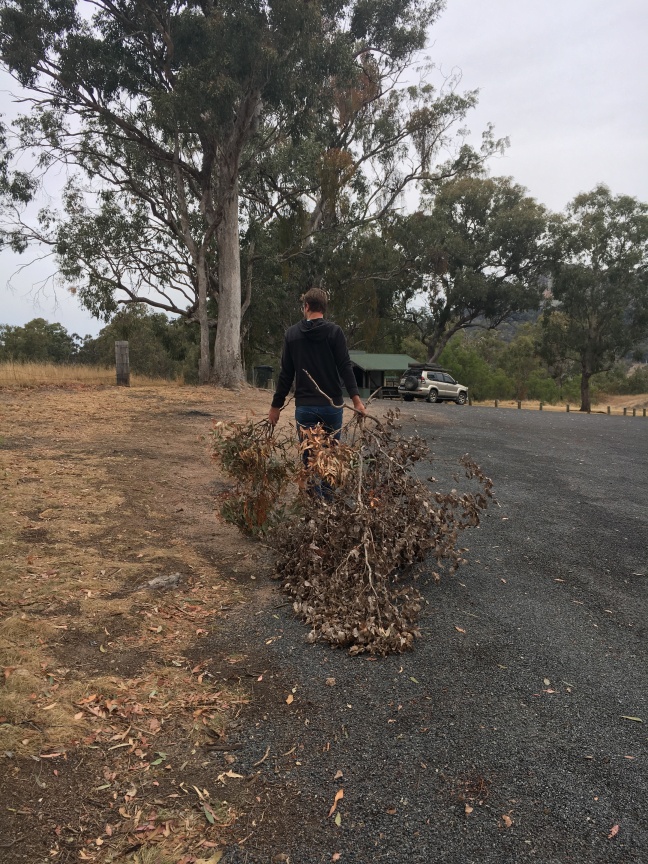 We absolutely loved Tenterfield as you would have read. There was maybe not so much going on in the town, but we seemed to keep ourselves busy and yet also have the most relaxing few days we’d had in a long time.

One thought on “Where is Tenterfield you ask?”