The time has come! We are finally getting to see Cape Tribulation and the famous Daintree Forrest!

This was a trip Alex and I would have originally been doing with my parents, however they were sadly unable to join us and as sad as we were, we still had to go see it.

The journey to Cape Tribulation begins by taking a small barge boat across the river. You pay for your return ticket, wait in line, drive on to a rickety wooden based barge, turn your engine off and sit for all of 2-3 minutes until you reach the other side. With anticipation, Chris and Annette, Alex’s parents, were looking out the window hoping to see crocodiles. Alas we did not see any, but once on the other side of the river we were welcomed by seriously dense rainforest, windy roads leading up a mountain and spectacular views. 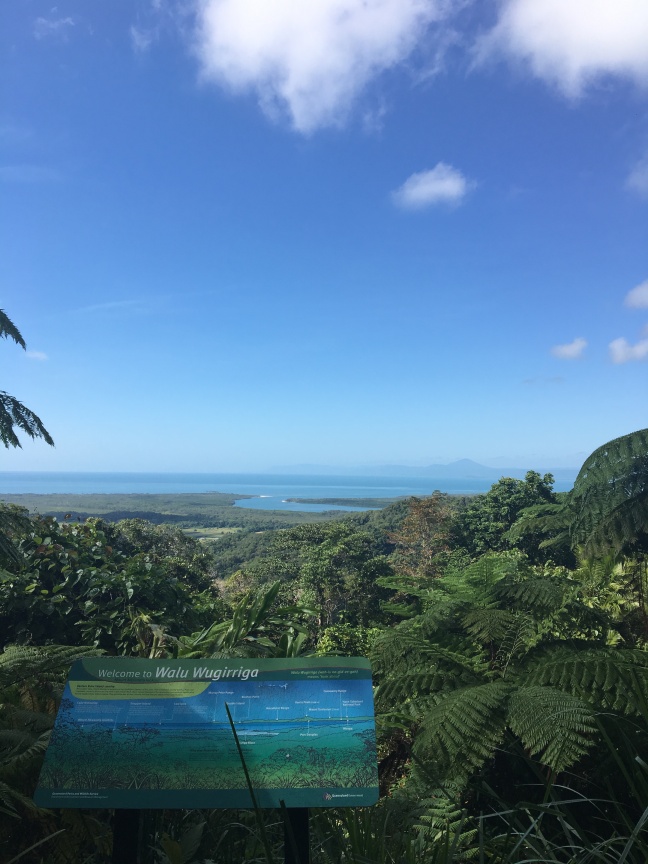 We decided to drive all the way to Cape Tribulation beach first, before the crowds arrived, and then work our way back down the coast stopping along the way. It was not a long drive, spectacular though with rainforest everywhere. There were also signs of Cassowaries everywhere; prehistoric birds looking like emu’s, which apparently are close to extinction and can also attack you if they see you or maybe its if they feel provoked. Either way we never saw any the entire time whilst visiting Cape Trib, however we saw this sign showing a live cassowary on top and then below another sign graffitied all over, which was a speed hump sign with the image of a dead cassowary. Unfortunately we have lost the picture, but it was a hilarious work of art!

We arrived at Cape Tribulation beach, the famouse stretch of sand where the rainforest meets the sea.

Now it was beautiful, the rainforest lush and green came all the way to the beach sand. You then had a lovely stretch of yellow beach sand, all the way down to the water which was lovely and flat, it was all very inviting. So inviting that crocodiles inhabite the area. You are not recommended to swim or even walk with you feet anywhere near the water. We found the later part out after visiting, meanwhile knowing we walked with our feet in the water…

But unfortunately due to being extremely spoilt by growing up in Western Australia, Cape Tribulation beach was a little disappointing. If I am being completely honest, it didn’t even compare to any beach you get in WA. But this is where I am becoming a little WA territorial. WA has the best beaches in Australia just saying….

Now yes we were disappointed, of course this has to do with the fact that you cant swim, the sand wasn’t anything special and the water, other than the deadly crocs somewhere in its depths, was not a particular inviting colour. But the highlight, and we think draw to visiting this iconic part of Australia is the rainforest. And that in itself is amazing to see! It was worth driving up there just to see the beautiful forrest come right down to the shore.

I hope this doesn’t disuad anyone visiting Cape Tribulation, but we have to be honest, WA beaches are best #westisbest.

So we have seen the famous beach, we decided to then drive a little further north to a café on the beach. Four coffees and four massive brownies later, courtesy of Chris, we were definitely full. We take a little stroll on the beach, of course staying out of the water again but taking in the beautiful island feel the beach gave us.

We then made our way back down south. We stopped in at a café and tried some Australian themed burgers, which consisted of Emu, Kangaroo and Crocodile. They were interesting, and the restaurant was definitely an interesting experience in itself, that we will not recommend it at all.

We made our last stop on the way down to another food venue. We stopped at an organic and bio-dynamic ice cream shop that made so many flavours from tropical and local fruit. It was a yummy little experimental stop, we tried some cool flavours.

And that ended our day on Cape Tribulation. We made our way back to the barge, looking again for some crocodiles but still being unsuccessful.

Back at our hotel in Port Douglas we ended the day with a delicious BBQ. In fact the room we were staying in had a microwave and stove, but we thought it was better to bring our little baby q BBQ from the car out to cook. With it positioned outside, we cooked up some delicious food. Ending the day and our amazing time in Port Douglas and the Daintree Rainforrest with some sambuka lit on fire. 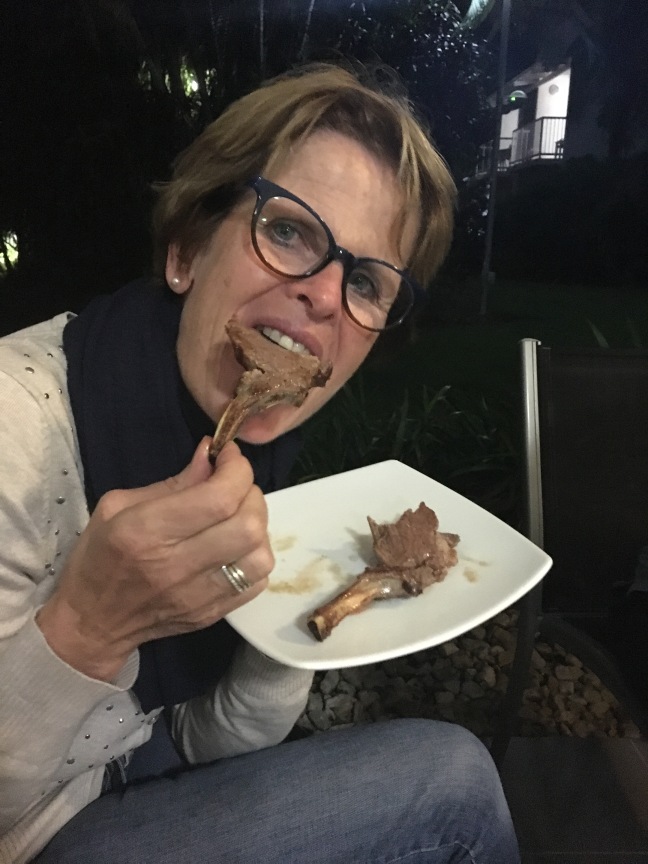 3 thoughts on “The Daintree Forrest and Cape Tribulation”